As you may have seen on y social media I entered a hat competition HatTalk E-magazine. and the response has been huge and I would like to thank every single person who has voted for my design! The competition is still open to the public to vote and you can vote here.

The design is called sequence and I had quite the mare when designing it. The theme behind it was fusion and this was set by the competition organisers. I knew I wanted to create the sphere shapes to represent atoms and twist them around each other like DNA but my first idea didn’t work and then the panic of oh crap what am I going to do set in but, I figured it all out eventually and ‘Sequence’ was born. Here is a more in depth explanation as to how the design idea came about.

The first thing I did when I saw the theme was google fusion and there were so many different explanations in relation to it. Physics was one word which really stuck with me and I wanted to incorporate physics into my design.

Atoms and DNA were two words that kept repeating in my research. The spherical shape of the atoms intrigued me and I had the perfect design that would echo their shape.

The spheres were made by constructing my Saraden fabric using blue and silver fibres. These were cut into circles and the edges sealed using a zig zag stitch. I then took 6 circles, folded each in half and secured the fold by hand sewing beads on the edge. I then hand sewed each folded circle together again using beads, to create a sphere shape.

I wanted to combine the atom idea together with DNA, ‘DNA resembles a long, spiralling ladder consisting of atoms’. This gave me the next idea as to how to join the spheres together. 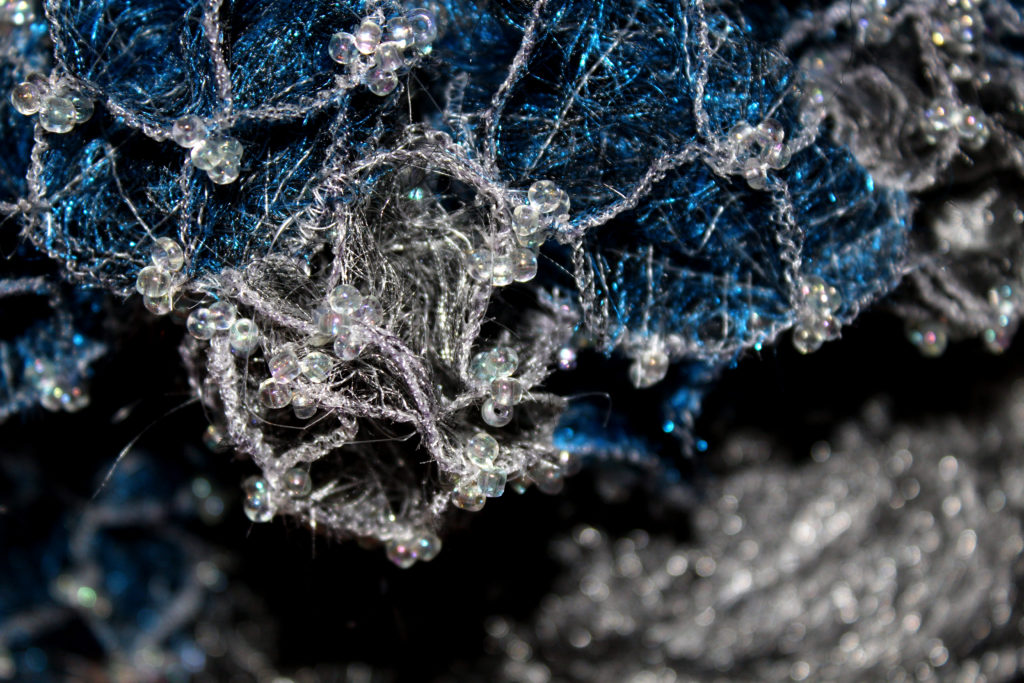 I lined up the spheres in alternative colours and hand stitched them together to make two lines. The lines were then twisted together to give the effect of DNA spiraling together. These were then secured onto the hat base by hand sewing. 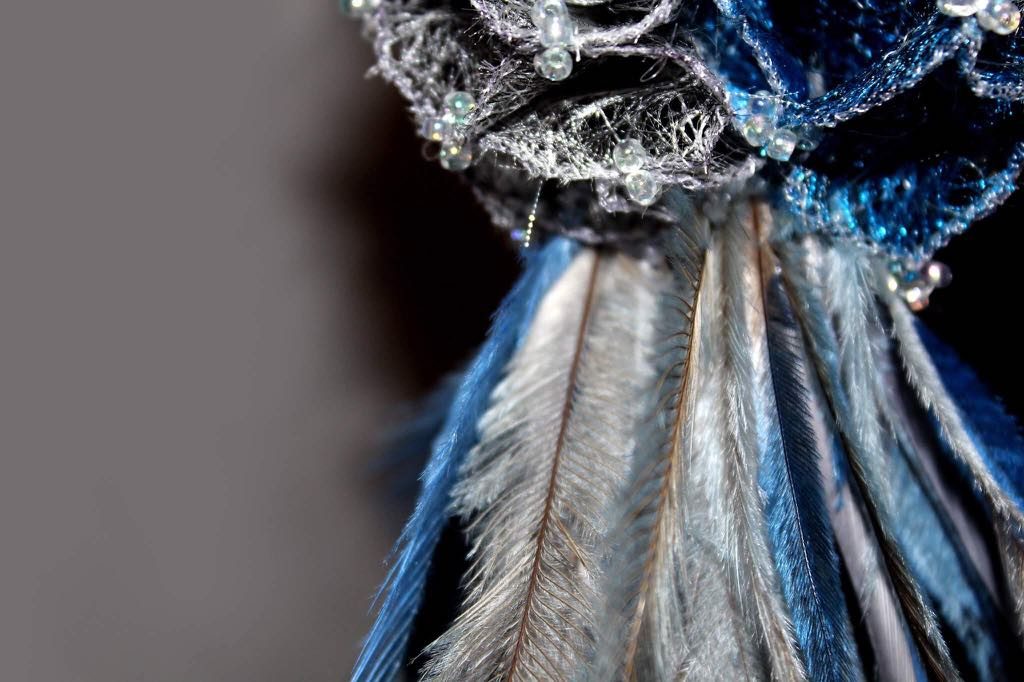 The design was finished with feathers in complimentary colours at the back of the design. There are 4 feather colours used in this design, each rung on the DNA ladder is made up of molecules called Nitrogen Bases. DNA has 4 kinds of Nitrogen Bases, Adenine, Thymine, Guanine and Cytosine, each feather colour represents a nitrogen base.

Back
We use cookies to ensure that we give you the best experience on our website. If you continue to use this site we will assume that you are happy with it.OkRead more