I was absolutely over the moon to announce that I have been chosen as an exhibiting Milliner at London Hat week 2018. I was even more ecstatic to find out that my design had also been selected as one of 30 milliners to be on display at the press conference.

It was quite a nice way to start the festive season with such good news. I will be heading over to London first in February for the Press Conference and then again in March for the Opening night of the Exhibition.

To fit in with our ‘world fair’ theme, we invite milliners from all over the world to showcase their beautiful creations that have been inspired by a piece of history or culture, or crafted with unique technique or craftsmanship of their nation!’The name of 2018 London Hat Week official exhibition came from the historical event that took place in London in 1851. The Great Exhibition Works of Industry of All Nations or ‘The Great Exhibition’, sometimes referred to as the Crystal Palace Exhibition, was an international exhibition that took place in Hyde Park, London. It was the first in a series of World’s Fairs, exhibitions of culture and industry that became popular in the 19th century, and it was a much anticipated event. Following the successful 21st Century Hat Exhibition in 2015 and Milliner x Artisan exhibition in 2016, we celebrate world culture heritage in magnificent hat designs at The Great Hat Exhibition in March, 2018. 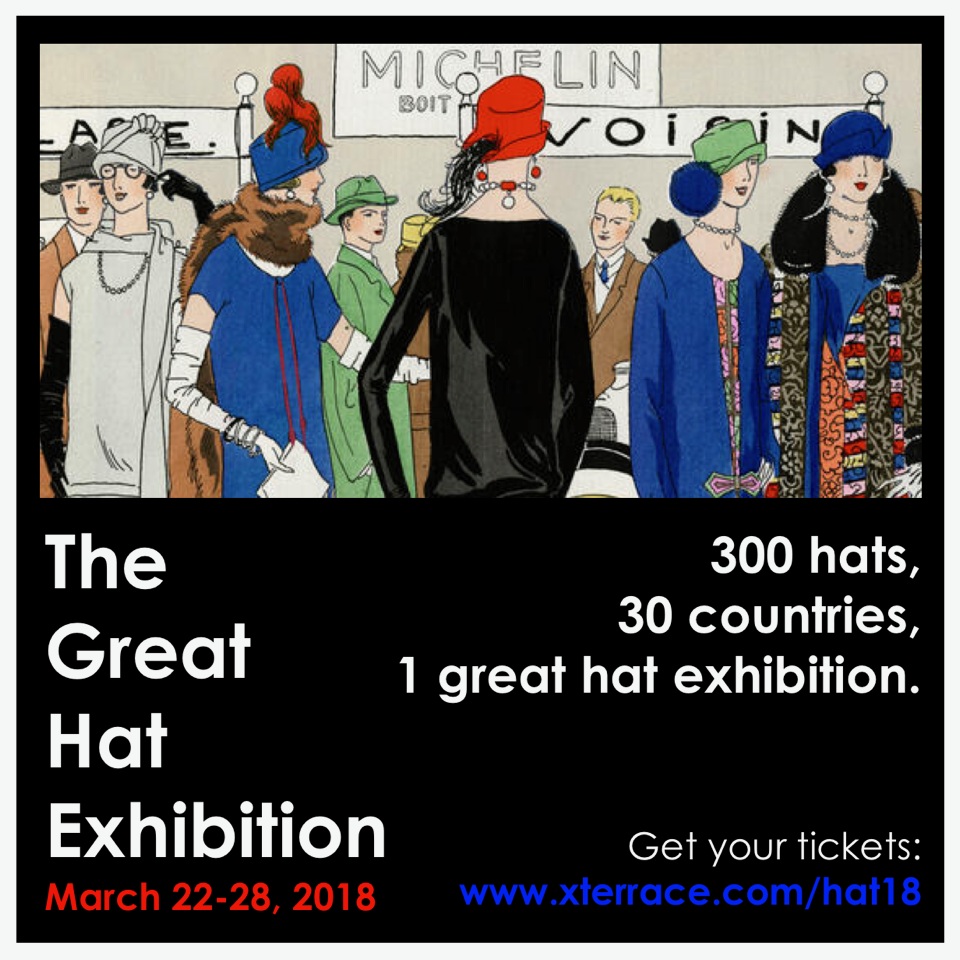 The design chosen is called ‘ Evolution’ and it was influenced the progression of Ireland’s Textile Industry during the Irish industrial revolution. The main body of my design has been constructed using my handmade fabric called Saraden Fabric.

This looked fantastic but it wasn’t enough, I wanted to add another element into the design. I found small metal gears and using wire I intertwined them throughout the design in one specific place. This added a focus element which brought the whole design together. I will do another post explaining the full theory behind the design later in the week.

We use cookies to ensure that we give you the best experience on our website. If you continue to use this site we will assume that you are happy with it.OkRead more